Spanking and yelling don’t help kids with ADHD learn better behavior — in fact, harsh punishment can lead them to act out more in the future. Try these calm, collected ways to deal with discipline instead.

When a parent reaches the end of her rope with an unruly child who raises the volume on his bad behavior, she may administer a slap to the child’s rear end. Spanking is a no-no in correcting misbehavior, and it is worse for a child with ADHD. Emotional hypersensitivity is a core ADHD trait, so the physical act of spanking can lead to emotional hurt. Besides, says William Dodson, M.D., a Colorado-based psychiatrist who works with families challenged by ADHD, spanking a child sets him up for failure. “He can’t make use of that experience and conform his behavior next time,” says Dodson. He learns to be afraid of his parent.

As challenging as it sometimes is to do, taking a positive approach can be more effective in teaching your child to act her best. “Work hard on the positive side of discipline first,” says Kenny Handelman, Ph.D., a child and adolescent psychiatrist specializing in ADHD and the author of Attention Difference Disorder. This means rewarding good behavior. But more importantly, it means participating in activities you both enjoy to deepen the bond between you and your child. While spanking has been shown to negatively impact bonding with parents, a positive approach ensures that, when it’s time to discipline your kids, they’ll be more receptive to your authority, not afraid of you.

Just as medication isn’t the single answer to treating ADHD, being positive isn’t the only avenue to disciplining your child without yelling — and without tears.

Dodson advises parents to plan ahead for possible meltdowns. Pick a time when you’re both feeling good and calm, and plan an escape route if things go sour. Become co-conspirators and make it a game: “Let’s pretend to be magicians who can disappear.” Then, if things start to unravel at a birthday party or a family reunion, take your child aside and say, “It’s time for us magicians to become invisible.” Then quietly leave.

Handelman suggests dealing with the immediate incident, but not to do so with anger. “Often, kids with ADHD are so sensitive to the anger, they may not hear what you are saying about their misbehavior. Or the child may begin arguing, and things will escalate. If you get angry, you’re lowering the chance she will learn from the discipline moment.”

To avoid getting angry, Handelman says you should think like a cop. When a policeman pulls you over for speeding, he doesn’t yell at you or tell you how awful you are. He says, “Do you realize how fast you were going? License and registration.” You did the crime, you get the punishment. “Many kids with ADHD don’t know what’s expected of them and what’s going to happen,” says Handelman. “Make sure your expectations are clear and consistent. It is important that young kids with ADHD know what’s expected of them and what’s going to happen if they run counter to it.” Parents struggle with being consistent, but they must be. “You can be slightly inconsistent with kids who don’t have ADHD and it’ll be fine. With kids who do have ADHD, you’ve got to be really consistent, and you have to set this up. It’s not easy.”

Discipline isn’t a problem in Lisa Aro’s home. Author of a popular blog, “Queen of the Distracted,” she has her hands full: six of seven kids, plus dad, have been diagnosed with ADHD. Yet discipline isn’t a problem for Lisa. The kids get lots of positive interaction with Mom and Dad through ongoing creative family projects. If behavioral correction is necessary, Aro’s main strategy is to have the child stand with his or her nose on a blank wall, with nothing to entertain him. She stands a foot behind him and keeps him there. “They hate it,” says Aro, “because it’s so boring.” After the child has calmed down, she says, it’s important to explore the situation with the child and strategize together, coming up with better alternatives for the future.

Learn how your child is hardwired, and adjust your discipline strategies. When something is bothering your daughter and causing her to act up, it may be unbearable for her. Recognize and respect your child’s hypersensitivities as part of her ADHD nervous system. This will help you distinguish between willful non-compliance and genuine discomfort or misunderstanding on your child’s part. Is your child being defiant or feeling overwhelmed? Is she seeking stimulation because she is bored, or is she willfully misbehaving? For example, refusing to wear a particular outfit can be the result of a tactile hypersensitivity that makes that outfit feel uncomfortable.

Are You Part of the Problem?

You’ve heard the expression, “The apple doesn’t fall far from the tree.” If your child wasn’t adopted, chances are, one or the other (or both parents) has “gifted” their child with ADHD, a highly heritable condition. If the parent’s ADHD isn’t diagnosed or treated, following through on disciplinary consequences might be tough. Many adults with ADHD have quick tempers and bouts of impulsivity. Experts believe that this is a recipe for disciplinary disaster. Despite your best intentions, you might spank your child against your better judgment. Make sure that your own ADHD is being treated adequately. 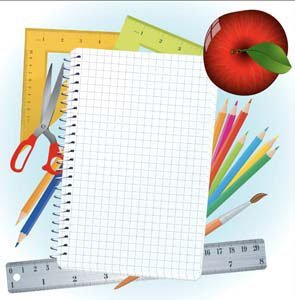